How to Deal With a Frozen Car Door Lock

It's not exactly a revelation to say that Australia can be affected by extreme heat. But while the summers can be sweltering (to say the least), Australia can be a land of contrasts. The types of snow-infused winters that are seen in Europe and North America might not rear their icy heads on too regular a basis, but it can still get rather darn cold during the winter months in parts of the land down under. Such a problem might seem like an impossibility when the weather is warm, but if you leave your car outside during the winter months, you might have to deal with a frozen door lock.

Hopefully a quick resolution is possible, but when you're freezing and are unable to get into your car, it's important to know what to do.

Don't Get in Hot Water!

To warm the car door lock and melt the obstruction might seem like the most straightforward way to fix the problem, but there's a right way and a wrong way to do it. Never pour or splash boiling water onto the lock. Even significantly hot water (where you thought that you disabled the electric kettle before it reached boiling temperature) can do more harm than good. Hot water can damage your car's paintwork, and many modern vehicles have sensitive electronic components in their locks. These can easily be damaged by splashing hot water onto them, and while you might melt the obstruction, you will be left with an ice-free, though non-functional car lock.

Heating up the key itself can often clear a minor frozen obstruction. This can be done (with extreme caution) using an open flame. A cigarette lighter is ideal. Remember that you want to heat up your car key (and not cook it) so just warm it for mere seconds before trying to insert it into the lock. If you have an electronic fob as a keyring don't forget to detach it before trying this method! You don't want to run the risk of damaging its sensitive components by exposing it to heat.

You could also obtain an appropriate de-icing spray made for cars. Keep an eye on the weather forecast. If there are a number of freezing days on the horizon, then such a spray can be a practical investment, and is more straightforward than having to heat up the key.

If the lock doesn't want to cooperate it, don't force it; call an automotive locksmith. There might be other issues involved beyond the temperature and subsequent freezing and to force the lock can result in further damage.

Read in about 3 Minutes 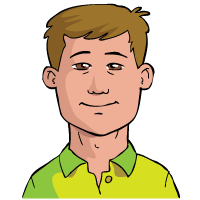 Hello, my name is Billy and I live in Queensland, Australia with my wife and two kids. Last year, I was away from home on a business trip when an intruder tried to gain entry into my home. Thankfully, my family were out of the house and a neighbour spotted the guy and called the police before he broke into my property. This incident made me realised that I needed to improve my home security. I did a lot of research and then worked with a locksmith to install new locks on the windows and doors in my home. I learnt a lot from my locksmith so I decided to start this blog.